Geek Parenting: What Joffrey, Jor-El, Maleficent, and the McFlys Teach Us About Raising a Family (Quirk Books, 2016). A gift book for parents, charmingly illustrated by Greg Christman, offering child-rearing inspiration found in the stories of beloved fictional families. What can Peter Parker and his Aunt May teach us about teenage stress? How can Kara “Starbuck” Thrace’s frequent screw-ups help us understand the power of forgiveness? What do we learn about father-son bonding from T’Challa and T’Chaka?

A World of Horror (Dark Moon Books, 2018) collects all-new dark-fantasy fiction from authors around the world, inspired by the myths of their ancestral heritage. My story, “Honey,” draws together old Ukrainian legends and reckless modern-day YouTubers to wonder what might be lurking in the forests outside Chernobyl.

The Silence of Trees (Wolfsword Press, 2010). Debut novel. When she was sixteen, Nadya snuck out of her house in Western Ukraine to meet a fortuneteller in the woods. She never expected it to be the last time she would see her family. Decades later, Nadya’s beloved dead insist on being heard through dreams and whispers in the night. They want the truth to come out.

“The lovely prose and the mix of mythic Ukrainian matter with a contemporary setting won me over.” —Charles de Lint 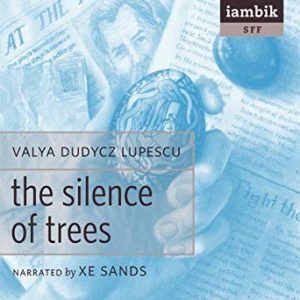