You may recall that two years ago, the Chicago Literary Hall of Fame awarded its inaugural Fuller Award for lifetime achievement to Gene Wolfe. You can read about the spectacular event here.

The 2013 Award went to Pulitzer Prize-winning poet Lisel Mueller, although with little fanfare per by her family’s request.

On Saturday, October 6, 2014, the Chicago Literary Hall of Fame honored Harry Mark Petrakis with the 2014 Fuller Award at a ceremony and reception held at the National Hellenic Museum in Chicago. 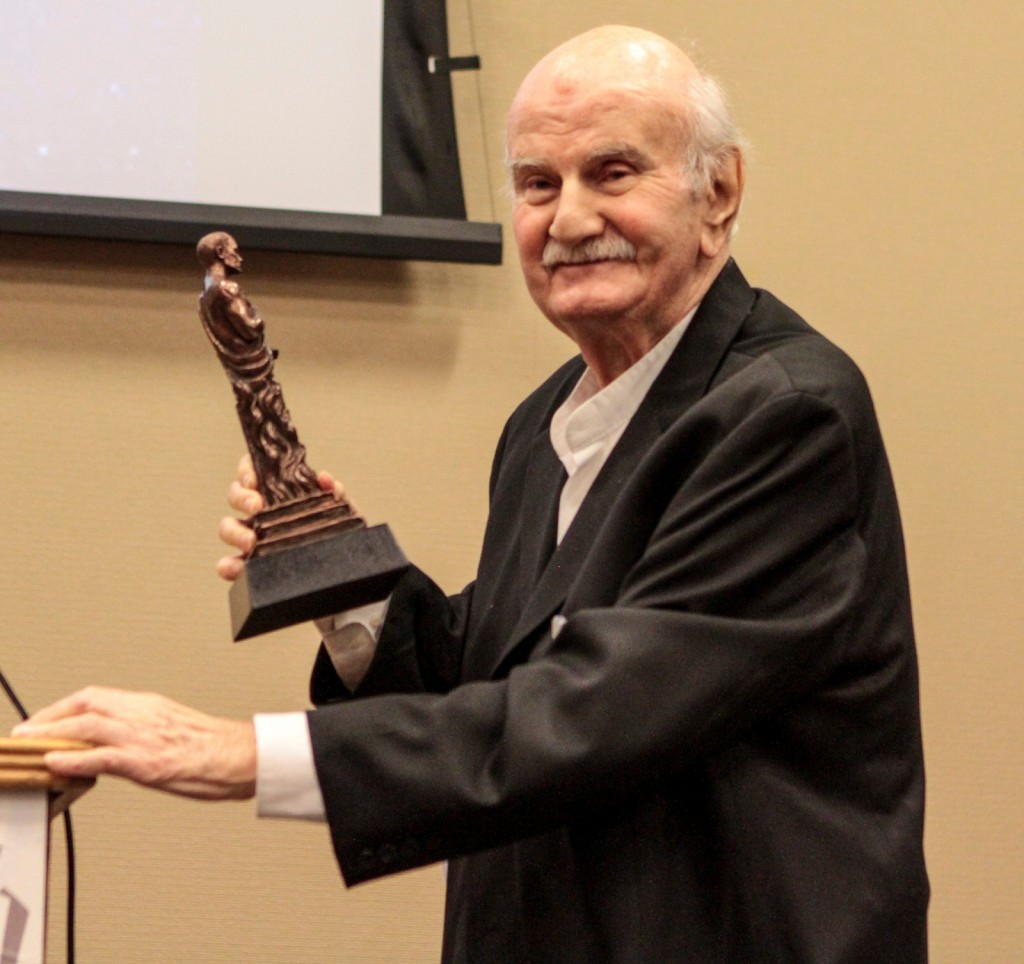 This from the Chicago Literary Hall of Fame’s blog:

“Harry Mark Petrakis has been writing very good books for a very long time. He started writing short stories in the late 1940s and finally sold one to The Atlantic in 1955, or nearly six decades ago. At 91, Harry continues to produce literature at the highest levels, is working now on another memoir, Song of My Life, that he says will be more forthcoming still than his other memoirs. In those six decades, Harry has established himself as the premiere chronicler of Chicago’s Greek Town. He has set much of his fiction there. He has authored essays based on his long experiences living in that neighborhood. He has written about his travels to Greece, and his family history of immigration from Crete to America. He has explored Greek history and mythology–its heroes, literary and otherwise. In short, Harry has created and recreated a world of vast possibility and tragedy, a world of gamblers and gangsters, priests and peasants, cabbies and cooks: generations upon generations of the lucky and the cursed. Kurt Vonnegut once blurbed, ‘I’ve often thought what a wonderful basketball team could be formed from Petrakis characters. Everyone of them is at least fourteen feet tall.’” 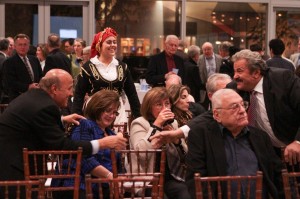 It was another lovely ceremony from an writer important to Chicago’s literary landscape, with readings and speeches from friends and admirers, a moving tribute by Harry’s son, and a gracious and eloquent acceptance by Harry.