My friend, Myron Mandybur, died this past weekend.

I hadn’t been online all day, hadn’t seen the facebook messages from Myron’s sister or messages from friends. I was running around getting ready for an out-of-town guest and a friend’s baby blessing. My sister sent me a text that I didn’t see:

So my sister called me, and I was irritated to be interrupted since I was running late, cranky on the phone until she said the words, “Myron died.”

It really was like having the wind knocked out of me: Myron. Died.

I went to his facebook page, and there were the words from his sister (from Saturday, April 28, 2012):

The most beautiful light went out today. He left this world peacefully, in the arms of his sisters and brother, at 5:50am. We love you, Myron. With all of our hearts and souls.

So it was true. Myron died. 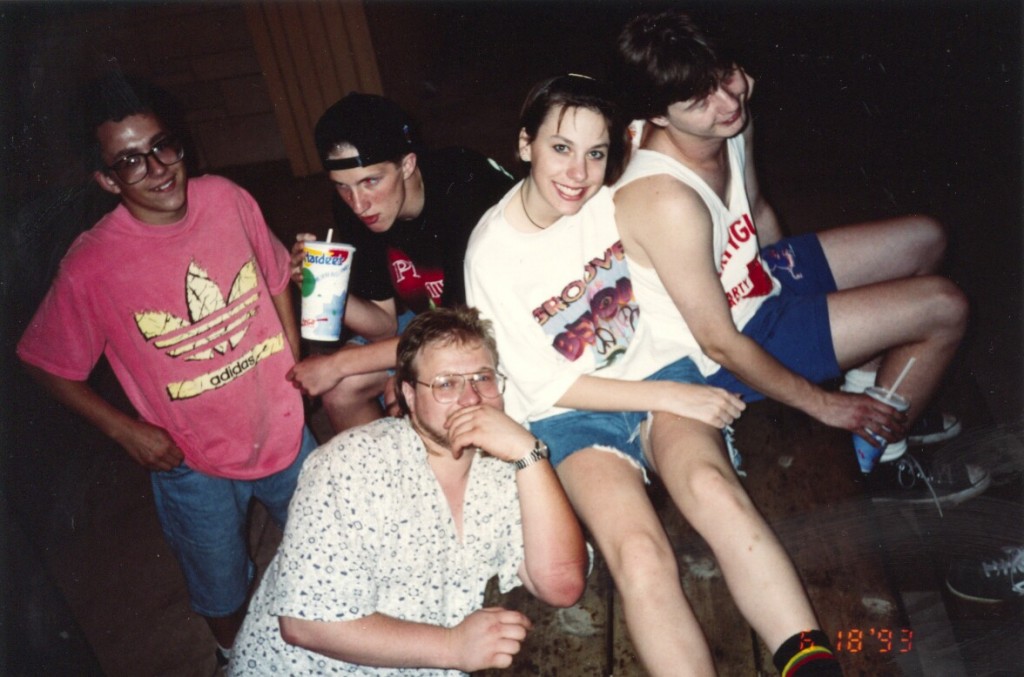 He became my friend and my sister’s friend when we were all part of the Ukraina Folk Dance Ensemble. Each Tuesday and Friday night we would go to practice with our choreographer Evhen Litvinov. After practice, dancers hung out in Chicago CYM (the Chicago headquarters for the American Ukrainian Youth Association) or grabbed a bite to eat at Tecalitlan or Pepe’s. Many of us spent a large chunk of our adolescence and teen years at CYM, just as our parents had before us.

I can’t remember exactly how we became friends, but Myron was one of my favorite people there. I admired the enthusiasm with which he danced. Myron didn’t care if he wasn’t in the front row center, he was just happy to dance. He had an easy smile and a light in his eyes. Even if he was tired or having a rough day, he smiled and it was sincere. 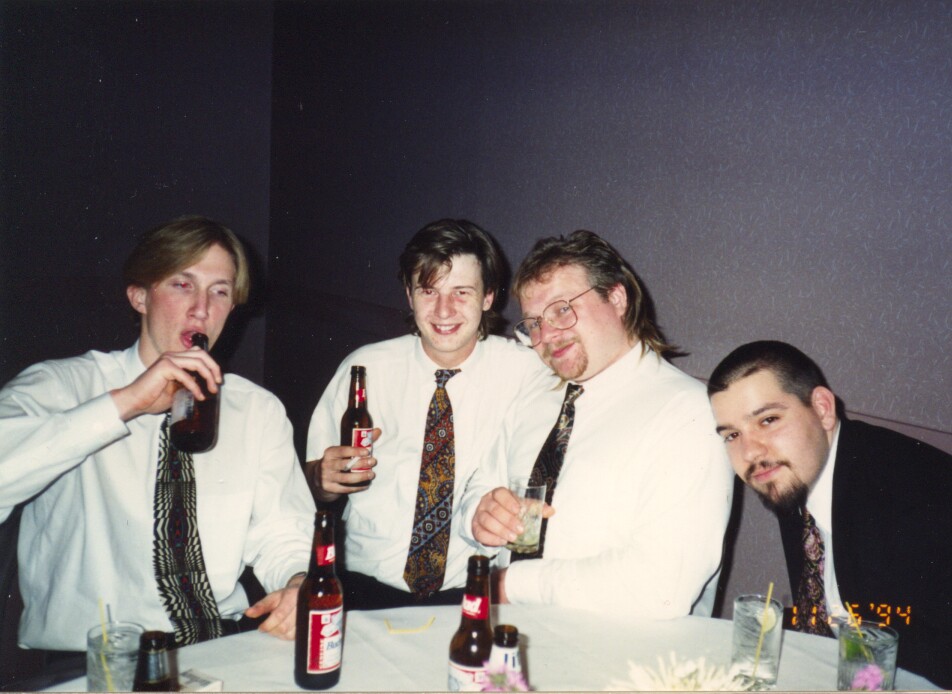 I was in junior high and later in high school, and I saw many things in Myron that I hoped to cultivate in myself: his passion for his music, the way he made people feel included, and how he seemed to find so much joy in life. 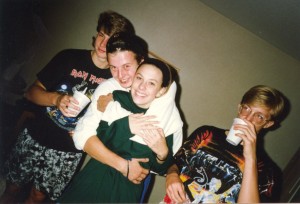 Myron was never one to let someone feel left out or unwelcome. When my sister Nadya, my cousin Larissa, her friend Angie, Zeke and Darian Pasika came up from the younger group, Myron also became their friend as well. His friendship was a gift, and he was unlike anyone else I’ve ever known. There was good-natured teasing and jokes, but it was always in fun. I think that everyone loved Myron.

One of the most positive and grounded people I have ever known, Myron didn’t sweat the small stuff, and he always put things in proper perspective. This was another lesson I learned by watching him. I appreciated his honest opinion when we talked about life, relationships, and dreams for the future. He was always supportive and enthusiastic.

As we grew older, our paths diverged. We stopped dancing with Ukraina, each moved to different cities at different times, but through it we all kept in touch with an occasional birthday phone call or random email.

In January 2008, when my novel was up on Amazon for the ABNA contest, Myron wrote the following review of the excerpt of The Silence of Trees:

I don’t know if this is a good thing to write in a review but you remind me of my grandmother. Not you personally but the way you tell your story. I remember being a little child and climbing into bed next to Baba and she would paint me a picture with her words that made me see what her life was like way back in the day. You do the same with your writing.

I’ll keep an eye out for your work.

I was still living in Germany at the time, and I don’t think I remembered to tell him how much that meant to me–how perfect it was.

I was shocked when I heard about Myron’s illness later that year; he had been diagnosed in December 2008 with melanoma, and again in the summer of 2009. If anyone could beat something like that, it was Myron. I had to believe it, and for a while, he did. 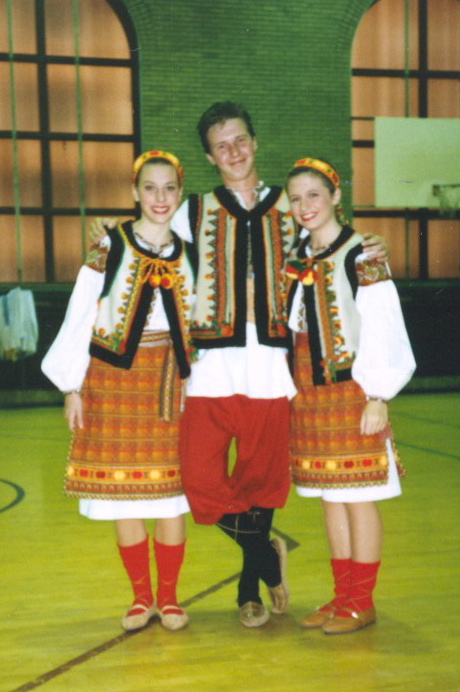 My brightest memory of Myron, and there are so many, was a night up in Baraboo, Wisconsin in the early 90s. Our dance group had driven up to the Oselya to perform, and my sister, Myron, and I stayed up all night talking after the concert. We sat outiside, up by the barracks, and watched the sun rise.

It was a perfect moment, and if I close my eyes I can see it. I remember the smell of beer and wet grass, the hint of Myron’s cigarettes. It was cool, and the three of us sat close with Myron in the center. We had been talking for most of the night, and at that time we just sat there quietly, fully present, and watching.

Later, as we walked back to our bunks, Myron put his arm around me and thanked me for listening. He said that moments like that you hold onto no matter how much times passes. He was right, I’ve never forgotten.

In February of this year, the father of our friends Zeke and Darian Pasika passed away suddenly, and my sister and I attended the wake. We saw Myron there, and the three of us sat scrunched together on this little bench inside the funeral home. As he sat next to me, his hat in his lap, I couldn’t help but think of that night in Baraboo as the three of us watched the sun rise. Neither of us had seen Myron in ages.

We hugged and had a few minutes to talk. Myron told us about the latest treatment and how he’d been feeling better. We spoke of getting together soon, and then my sister and I hurried home to our kids. It was the last time either of us saw Myron alive.

The visitation and services for Myron are this Wednesday, May 2, 2012. I think I’m going to stay up all night on Wednesday to watch the sun rise and remember the beautiful, bright spirit that was Myron. I am better for having known him. I am honored that he was my friend, and I will never forget him. 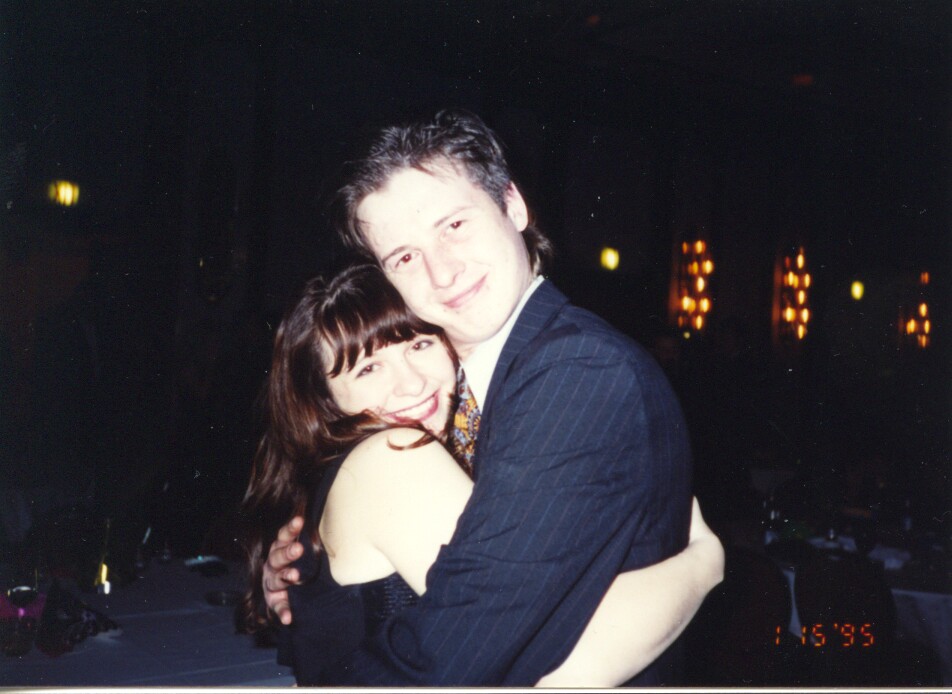