Last year we moved into a historic 1920s building in Chicago. The apartment had been empty for nearly a decade and was previously decorated in the popular styles of bygone eras — color and accessory choices from the 80s being the predominant style for the elderly couple who lived there before us.

I have grown to love all the kitchens I have had in my lifetime, from the spartan European kitchen I had in Frankfurt, with its tiny fridge and Ikea table where the kids would color, to my beloved Spanish-style kitchen in Casa del Lobos, with its red clay tiles and beautiful backsplash. (I cried when saying goodbye to that kitchen.)

I understand that the kitchen is ultimately a container. It’s what we fill that space with that matters: the joyful celebrations and thoughtful conversations, as well as the architectural details, furniture, photographs, and art. I knew the style of this kitchen needed to be different, to denote a new chapter in our life, to complement the deco sensibility of the apartment, and also to deal with the challenges of a narrow cooking space that had to accommodate the daily maneuvering of two adults, three rapidly growing children, and two cats.

We tried to return the aesthetic of our apartment as close to the Art Deco style of the time when it was built. 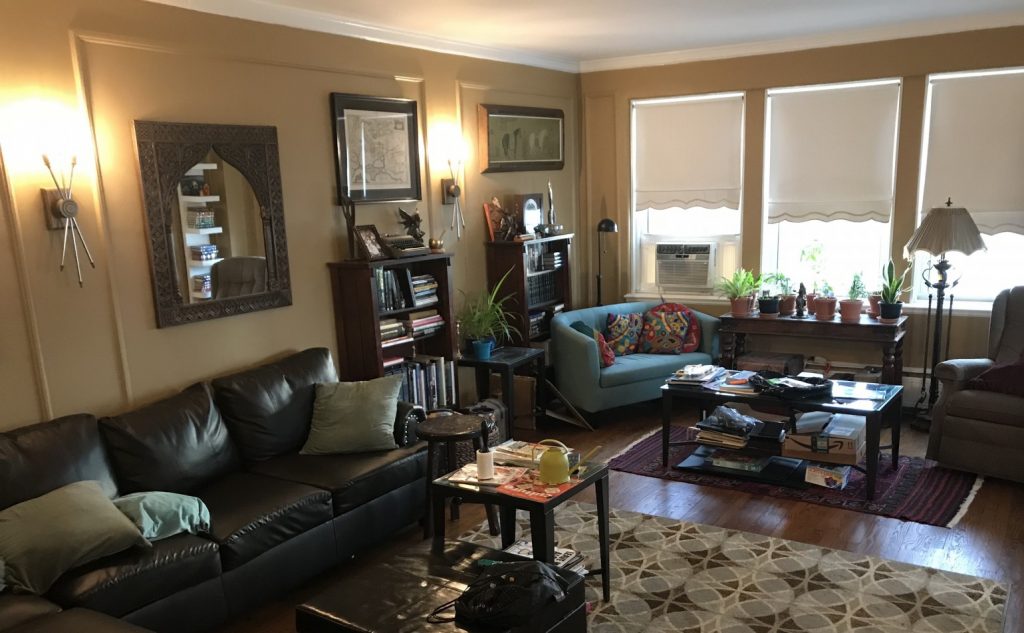 However, the kitchen had already been “renovated” before and needed new cabinets and appliances. We kept it simple and clean; and because there was an impending massive building-wide plumbing renovation that was set to start soon after we moved in, we decided we’d wait to do things like backsplash tile.

As soon as the appliances were installed, pots and dishes were in their places, the pantry was full of food, and the ancestral altar was set up, I fell in love with our galley kitchen. 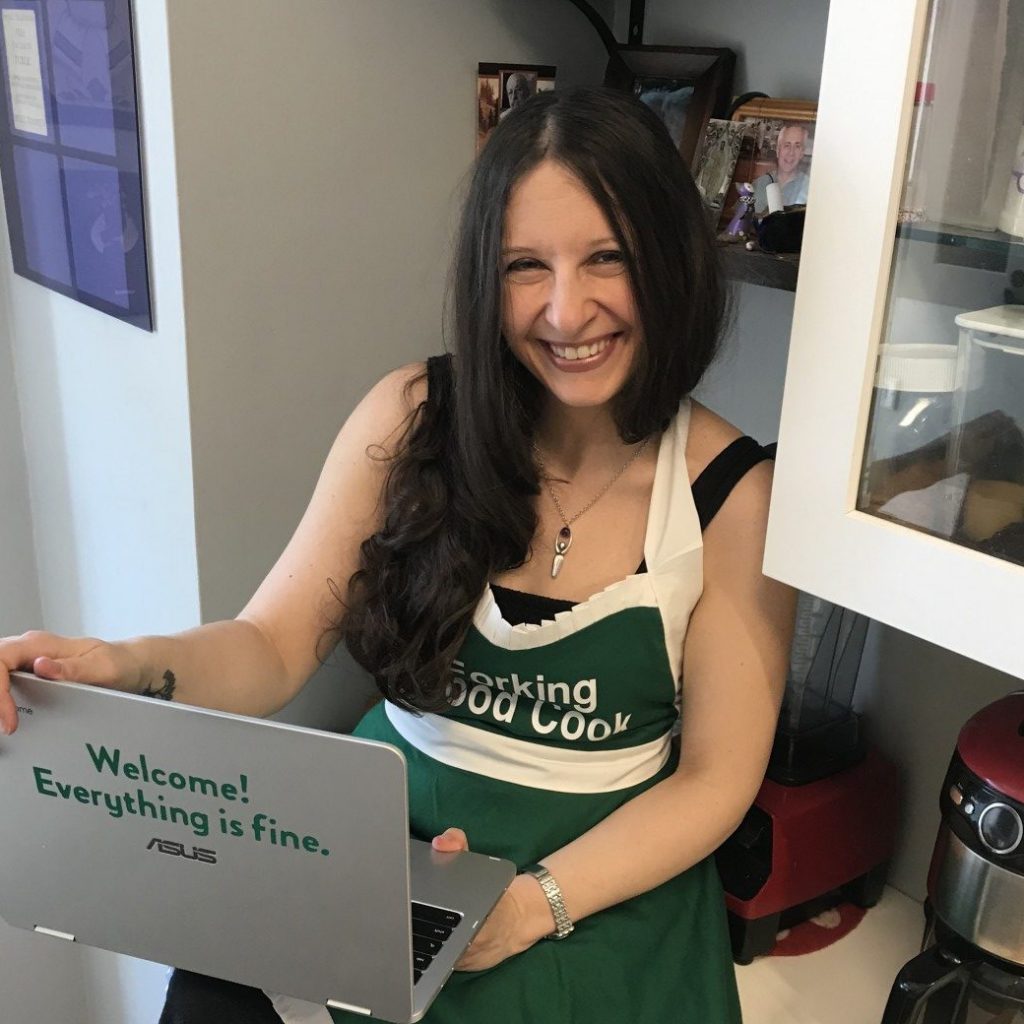 Even working full-time, I spend a lot of time in the kitchen, not just cooking but chatting (in person, on the phone, on the computer) and writing. This is why I made sure to allow for a little counter space where I could sit on a stool and use my laptop; it’s also where Lana often sits to help me or keep me company while I’m cooking. 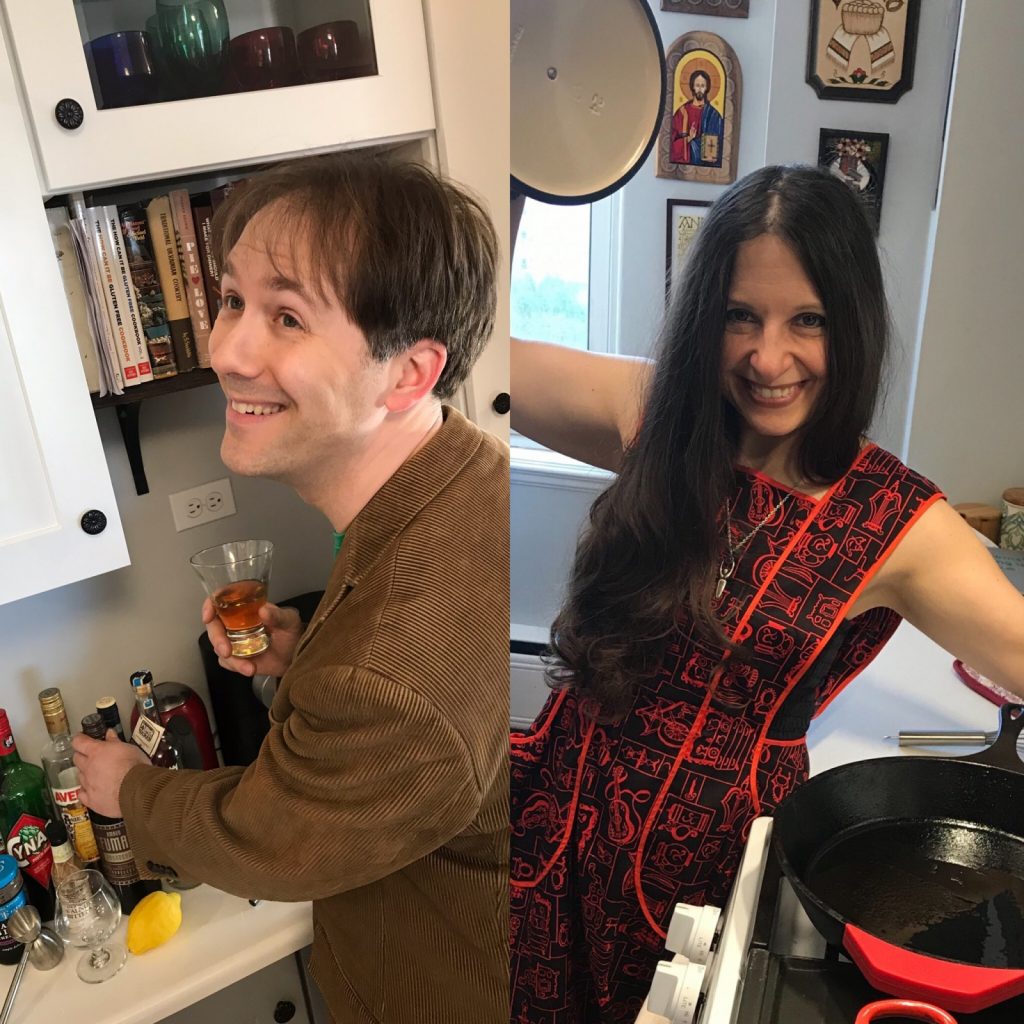 We mounted a radio under the cabinet so that we can play music (in case of spontaneous kitchen dancing), and when I feel stressed or overwhelmed, you can find me sitting on the stool by the window to see the sliver of lake in the distance or sitting on the floor beside the stove, with my back to the dishwasher. It’s usually the warmest spot in the apartment, and sitting there helps me to feel better, to feel grounded.

So as soon as the kitchen was ready, we settled in and started cooking and writing in a philosophical pun-filled frenzy to create the manuscript for Forking Good.

When that was done and the manuscript sent off to our editor, it was time to pack everything back up into boxes, cover it all with dropcloths, and effectively stop using the kitchen for a few months while the plumbing work got underway. Goodbye to our lovely kitchen and hello to crockpot recipes in the dining room, barbecue in the garden, and the occasional takeaway Thai or pizza. Not to mention dishes washed in the small powder-room sink.

Our building is massive, and the carpenters, plumbers, and crew have been working from the top down, riser-by-riser to replace all the pipes (often encased in concrete) in the walls. There have been days when the only disruption has been the thundering  wall-shaking from above or below, and other days when they are in the apartment opening up plaster walls and replacing massive pipes. Most days we come home to a layer of dust that has crept around drop cloths or was shed from the ceilings and walls with all the vibrations. 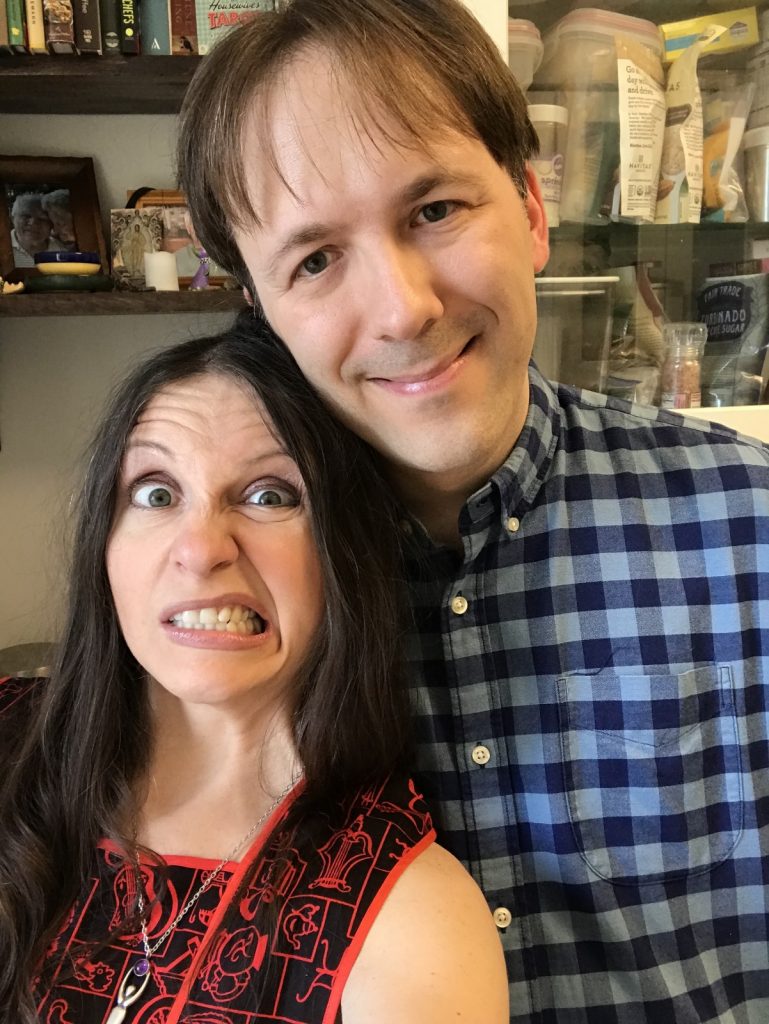 It has been… a challenge. I have moved enough times to have developed a true dislike of boxes cluttering my home, and I need to feel like there is a certain semblance of order before I can relax. This means the past few months I have been more tightly wound than usual and waiting for the work to be done so that our home can go back to curated creative chaos, not the messy disruption of construction.

Thankfully, it’s summer now, and that means a greater use of outside spaces and brainstorming about picnic ideas and grilling. It’s a little easier to not feel trapped by clutter when you can walk down to the beach in five minutes.

The good news is, we are in the final month’s countdown until all the major work should be completed. We have just gotten back into the kitchen, so we should be able to post from there more regularly leading up to the book launch. We’re trying to figure out now which Forking Good recipes everyone might be curious to see behind the scenes, or maybe a few that we chose not to use.  Would you like to see videos, as well as photographs of food and process?