What are you afraid of?

In the world of Mother Christmas, creatures called the kobaloi feed off fear. So they seek out places where fear is in abundance: battlefields, prisons, and those spaces where people are persecuted and tortured.

The oldest and most clever of the kobaloi will choose a particularly fearful human to attach to and will remain with the human in a parasitic relationship, encouraging them to cultivate more fear around them.

Because they want to amplify the message of fear, they look for human beings in positions of power. It is in this way, they try to steer humanity down self-destructive and fear-inspired paths.

Muses, as agents of inspiration and change, are taught from a young age to avoid the kobaloi. The following two pages are from a Mousai children’s book, warning them about the appetites of the kobaloi: 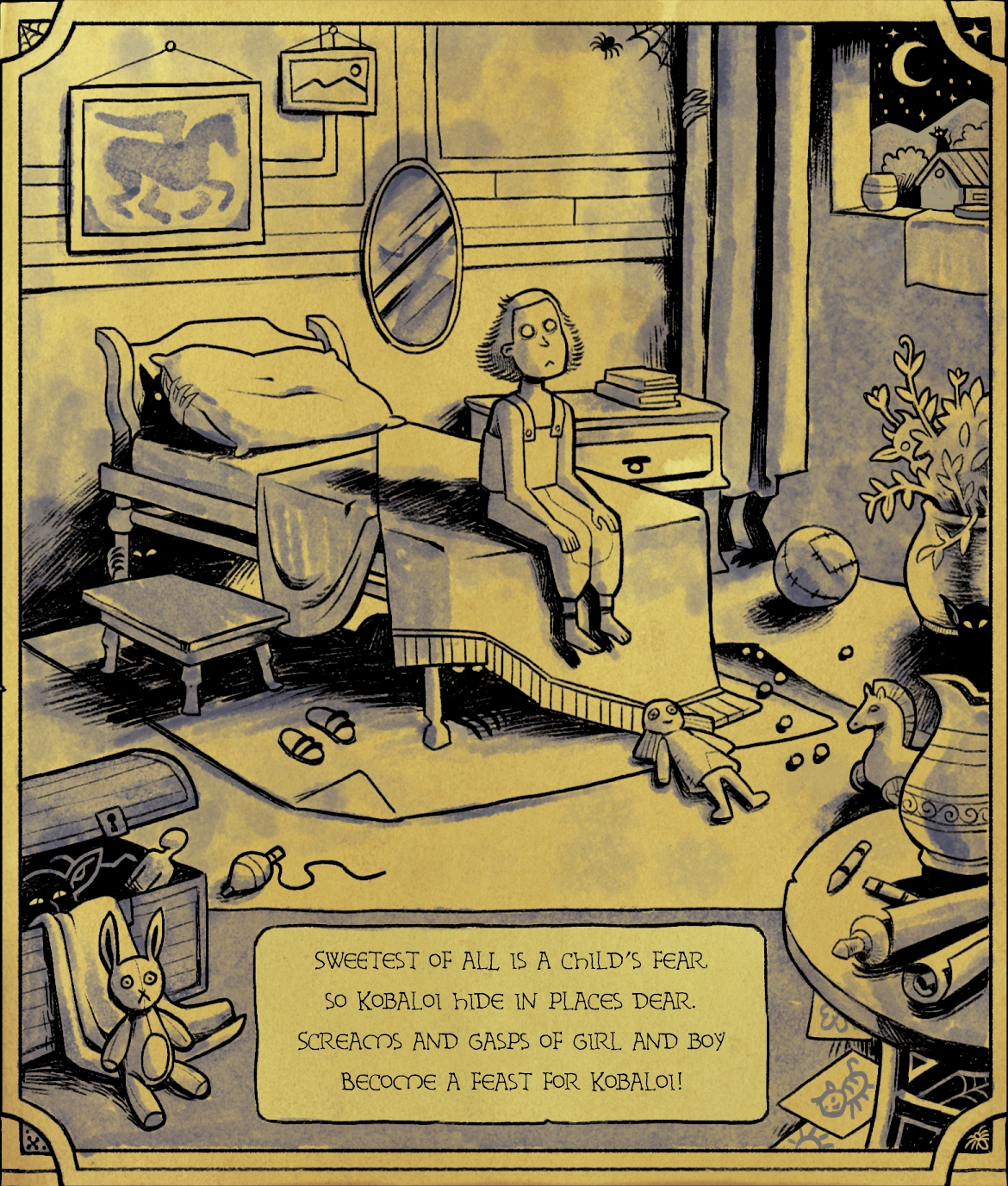 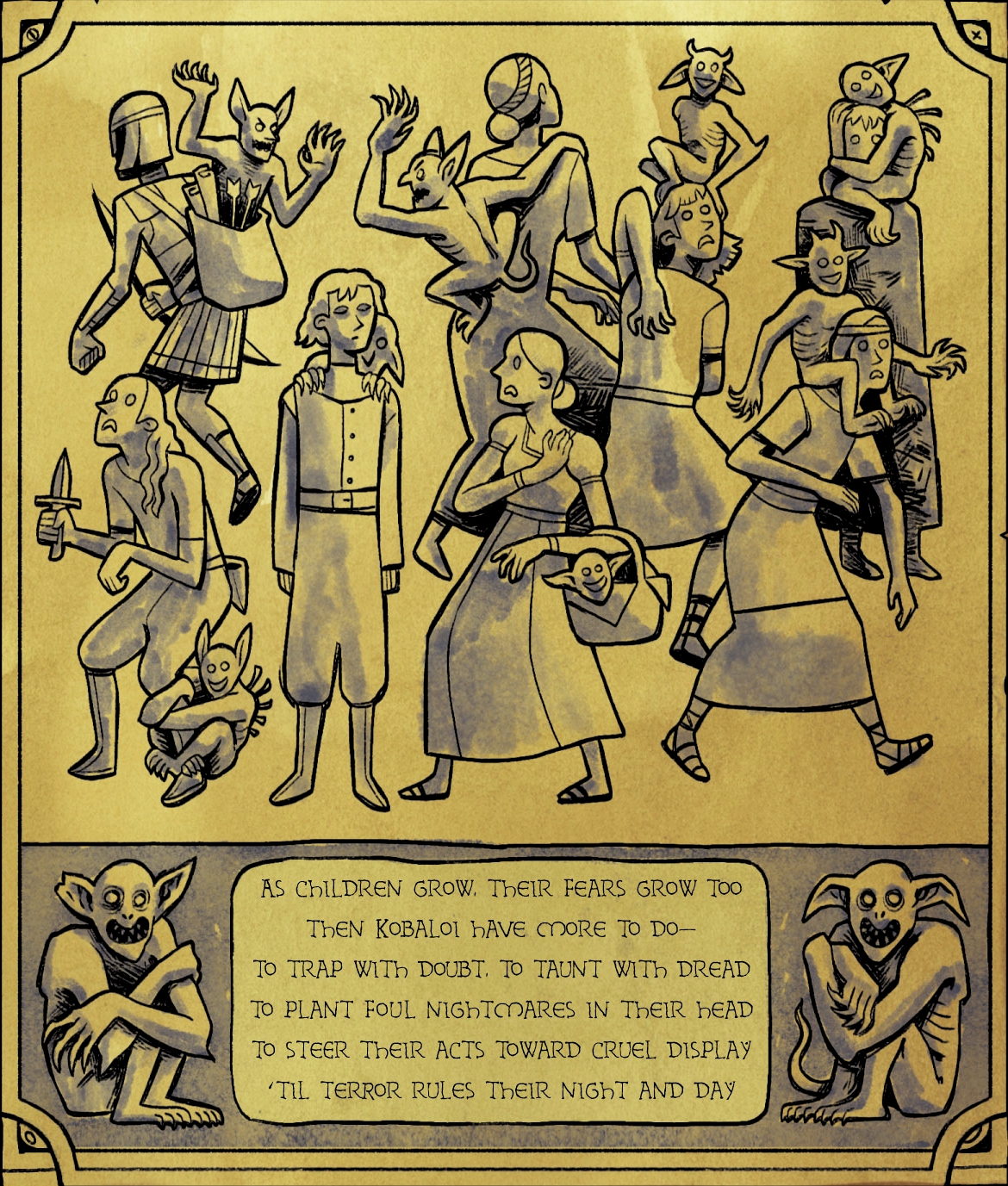 The kobaloi get in the way of the work of the Muses, who are trying to inspire human beings toward fulfilling their best destinies—creating a more beautiful, thoughtful, and more just future.

Tonight is Krampusnacht. We’re nearly at the winter solstice, longest night of the year in the Northern Hemisphere. We may have electricity and technology, but our world is still covered in darkness.

The dark can be cozy and also uncomfortable. Like anything mysterious, it exists in a place of paradox, it is possible for both to exist at the same time. A mystery can be scary and exciting.

Just like being brave and afraid. You can be both at the same time.

A friend mentioned recently that Christmastime has always had a haunting atmosphere. I think that’s one of the things Dickens’s A Christmas Carol captures so well, as well as other ancient yuletide stories and characters, from Krampus to the Mari Lwyd to the Tomten. They are among many manifestations of the complex nature of winter, darkness, and all great unknowns.

We see different things when we look into the depths of a great Mystery. So much of it depends on perspective: where exactly are we standing and how have our experiences shaped what we see?

Looked at from that perspective, our fears reflect back to us a snapshot of who we are in a given moment. Which makes  me wonder, tonight on Krampusnacht 2022, what fears are we grappling with?

What do our fears say about who we are, right now? 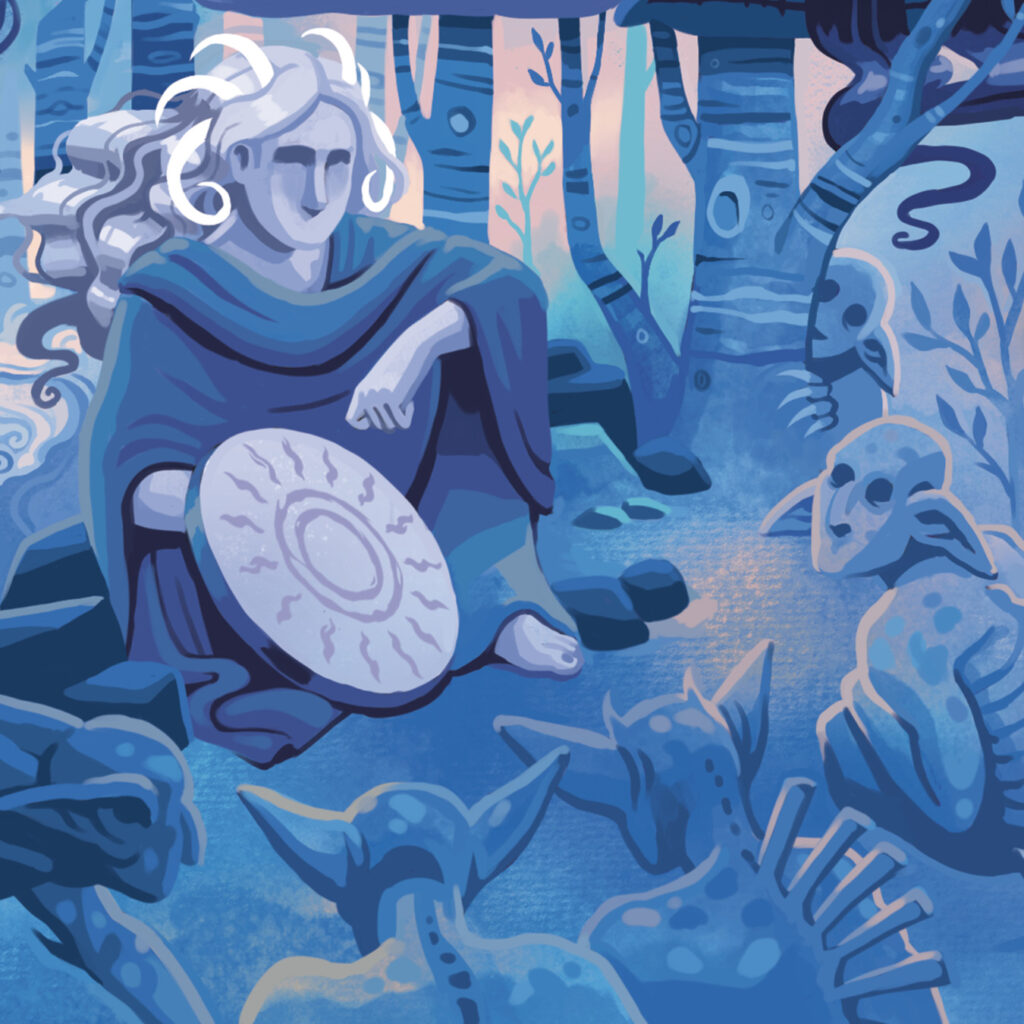 Valya Dudycz Lupescu has been making magic with food and words for more than 20 years, incorporating folklore from her Ukrainian heritage with practices that honor the Earth. She’s a writer, content developer, instructor, and mother of three teenagers. Valya is the author of MOTHER CHRISTMAS, THE SILENCE OF TREES, and the founding editor of CONCLAVE: A Journal of Character. Along with Stephen H. Segal, she is the co-author of FORKING GOOD: An Unofficial Cookbook for Fans of The Good Place and GEEK PARENTING: What Joffrey, Jor-El, Maleficent, and the McFlys Teach Us about Raising a Family (Quirk Books), and co-founder of the Wyrd Words storytelling laboratory. Valya earned her MFA in Writing from the School of the Art Institute of Chicago, and her poetry and prose have been published in anthologies and magazines that include, The Year's Best Dark Fantasy & Horror, Kenyon Review, Culture, Gargoyle Magazine, Gone Lawn, Strange Horizons, Mythic Delirium. You can find her on Twitter @valya and on Mastodon.social @valya
View all posts by Valya →